Hey guys! I’m so excited to be bringing you another travel diary post which is all about Spain this time! We flew to Alicante with jet 2 airlines and then we stayed in a city called Denia which is about an hour away from there. Our week there was filled with beach visits, pool fun and day trips to locations like Valencia and Guadalest. I’ll be honest that I wasn’t entirely sure at first about going to Spain and I believed there were other places that I would enjoy visiting more. However, I loved it so much there and I feel so bad for judging it too quickly. It’s always fun to experience a different culture and to visit places in a country you’ve never been to before. So in today’s post, I’m going to share the details of my holiday to Spain with you.

This was our travelling day! We’d stayed in a premier inn near the airport the night before and we woke up at 4 so we could make it to the airport a good 2 hours before the flight departed. I was pretty tired for most of the day but I was super excited to finally be going on holiday! If you want to know more about the experience of flying to Alicante with jet2 airlines, check out my previous post which I linked above.We landed in Spain at about 12 o’clock Spanish time due to delays in leaving the airport.After that, we travelled to Denia to get settled into the property we’d be staying in for the week. I really liked our villa, it definitely had a distinct Spanish vibe to it. The exterior of it was fully white with some blue detailing under the windows and there was a lovely pool and an area where you could sit outside. It had three bedrooms so I shared a bedroom with my sister and there was also a living room, two bathrooms, a kitchen and a terrace outside which was my favourite part because we ate all our meals outside. 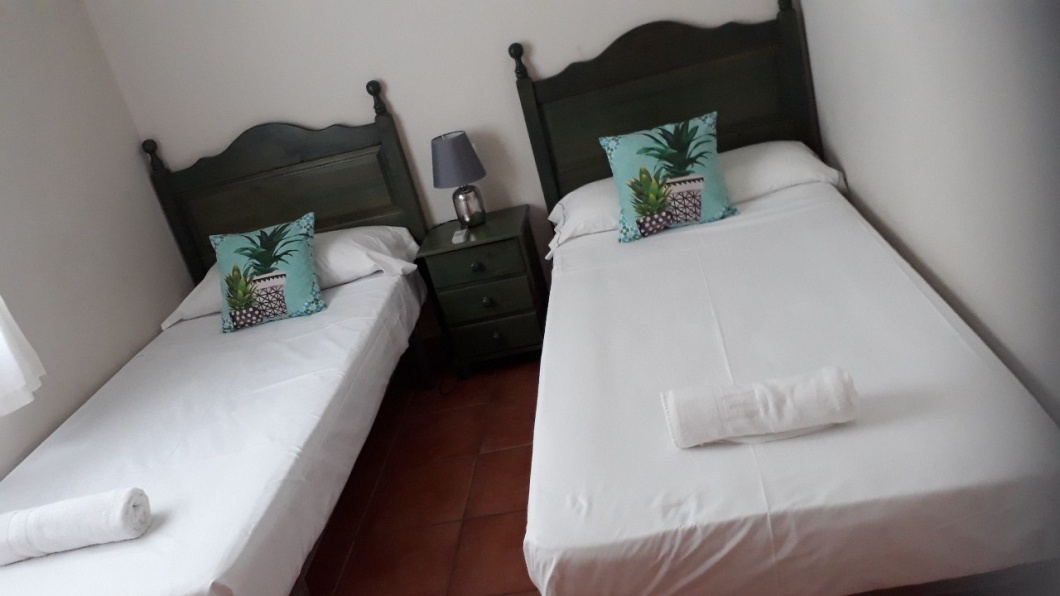 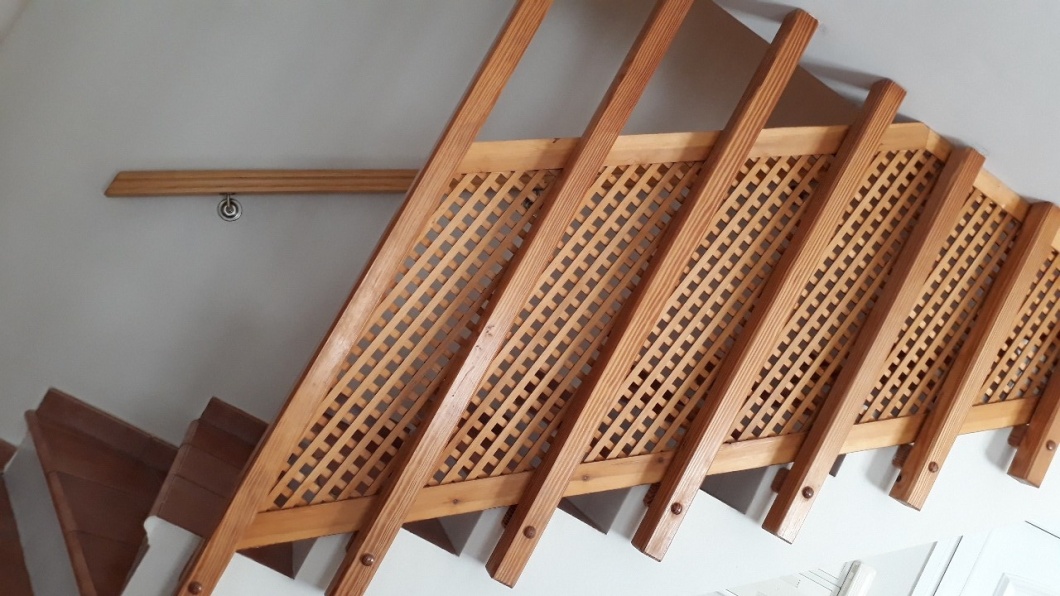 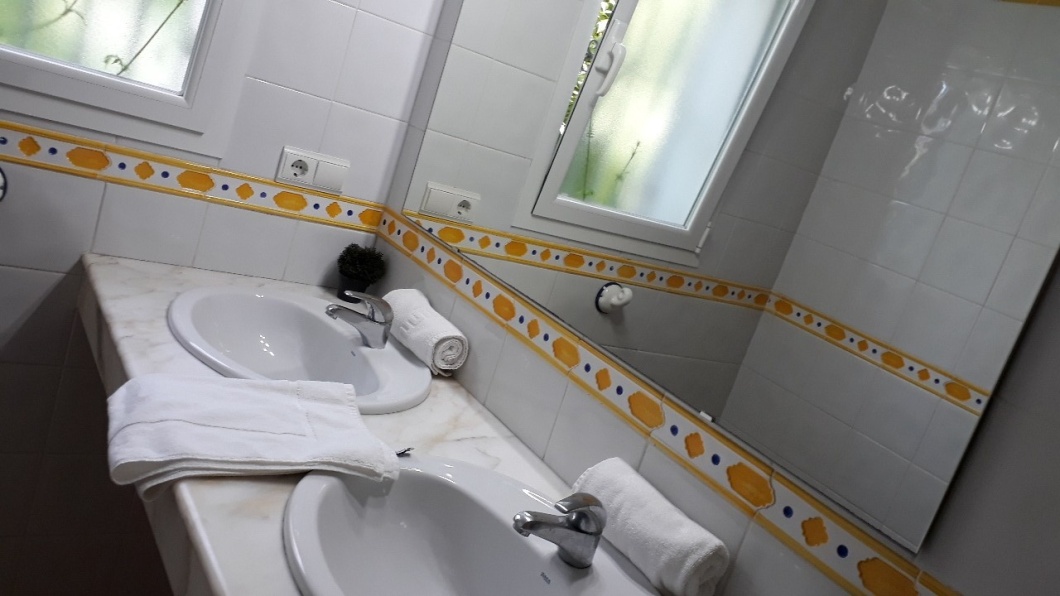 Our first day ended with a night walk on the beach which was especially beautiful because the sun was setting in the sky, casting dim light onto the sea, causing it to appear glass like. I was so elated for the adventures in Spain that were to come! 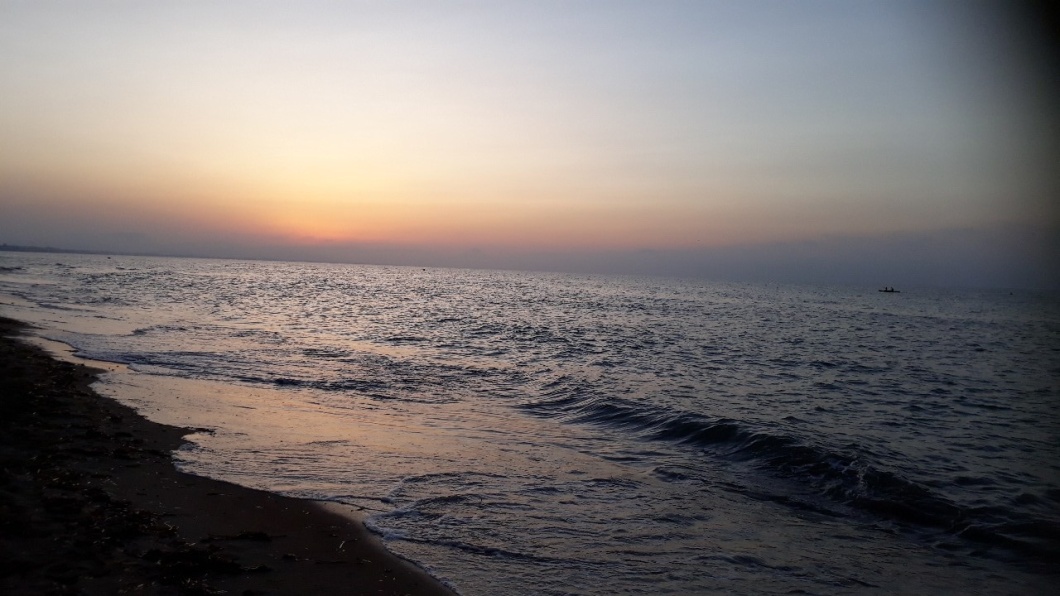 This was quite a chilled day as we settled into the villa and rested after the busy day we’d had before. We went in the pool in the afternoon and I couldn’t quite believe how deep it was! I struggled to touch the bottom of about half of it and it wasn’t like the shallower pools we’d become accustomed to on previous holidays. Me and my sister still had fun swimming around and messing about in it though.After that, we headed for the beach and had a swim in the sea. One of the best things about going on holiday in a different country is that the sea is usually so much warmer than the north sea that we’re used to in my part of the U.K. I can’t even tell you how cold the north sea is and how warm the Mediterranean sea is by comparison. The beach was so stunning and it was almost perfect apart from the seaweed that mingled with the water. It was fairly easy to find seaweed free parts of it though so I enjoyed swimming in the peaceful sea.

In the morning, we decided to explore Denia. We wandered along the waterfront and there were so many boats docked there. I noticed as we meandered through the streets of Denia that so many of the houses were painted different colours and had balconies with decorative plants on them. It certainly brightened up the streets and made for some gorgeous photos. We stopped to have an ice cream at Bernie’s happy ice cream before we journeyed back to the villa. I selected a chocolate cone with chocolates balls on it and kinder bueno ice cream and I managed to order it in Spanish! I was so proud of myself considering that I’ve not studied Spanish in a long time and French is my second language so it was definitely an achievement. We finished off the day with a swim in the pool which was lots of fun. 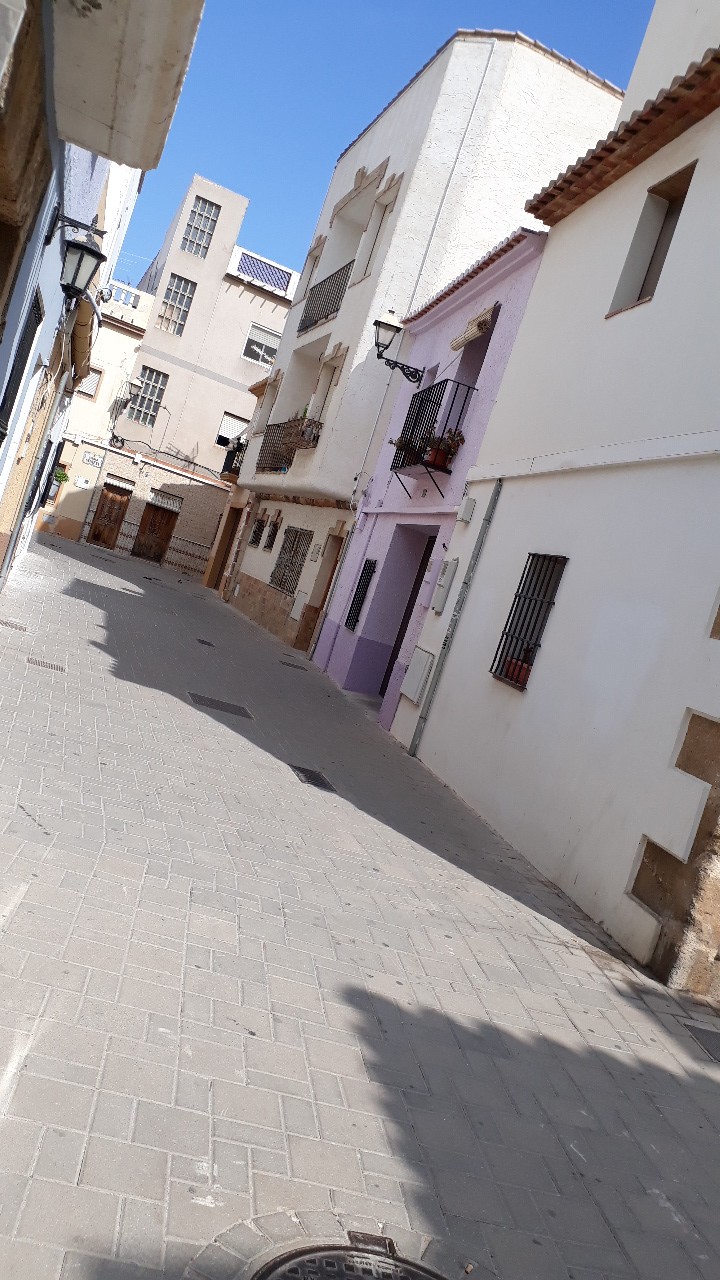 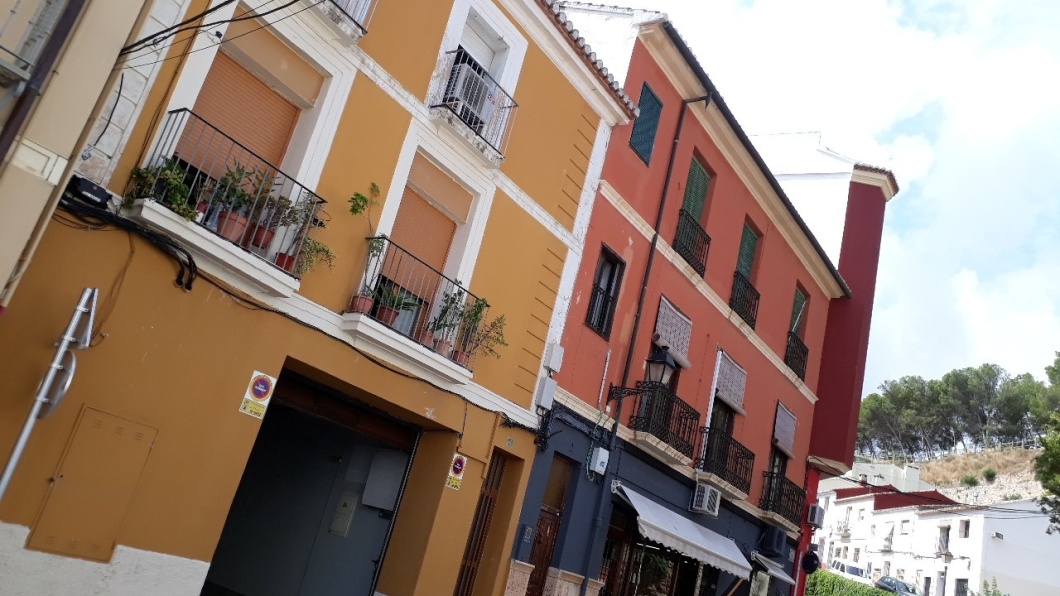 This was one of my favourite days because we got to visit such a pretty little town in the mountains called Guadalest. We winded our way through the white buildings, most of which were shops selling souvenirs and admired the multi coloured bunting that really gave the town a festival vibe. I think it was there in anticipation for an event that would occur the following day but it was still really pretty. We ascended higher and higher until we reached the highest point of the town and discovered some mesmerising views from up there. I couldn’t quite believe how stunning the views were and how magnificent the mountains surrounding Guadalest seemed.On our way back down, we had an ice cream from one of the shops and I chose the chips ahoy cookies flavour because nothing else really stood out to me. It was so delicious and I would say that it was favourite out of the four ice creams I ate in Spain. 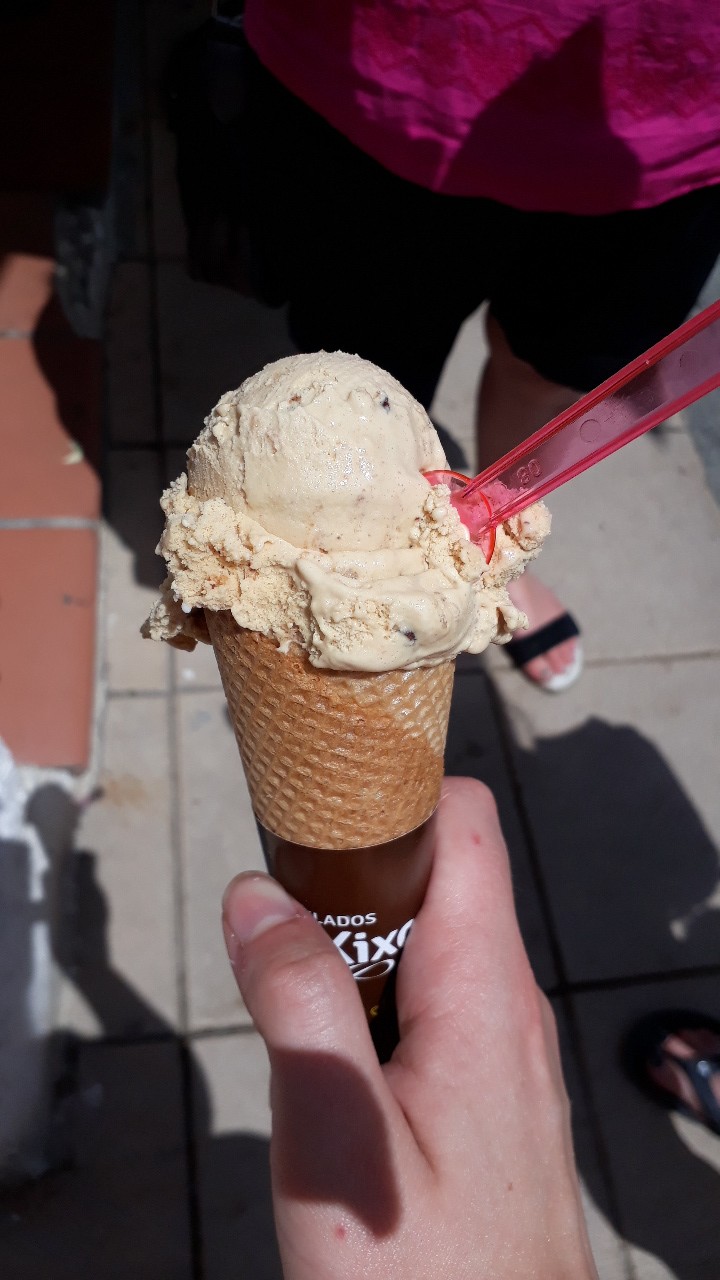 After we’d returned home, we had a lovely tea out at a local Italian restaurant. I don’t think I’ve ever been to somewhere with so many options of pizza so it took me ages to decide but I eventually chose a prawn pizza. It was so yummy but so big so I regret to say that I only managed about half of it before I was too full. The meal out was such a wonderful end to the day.

Wednesday was another quite chilled day with more pool fun and beach trips. We decided to walk down further to a different stretch of beach and it was nice to have a bit of a change of scenery and also because it was less busy than the other part of the beach. I enjoyed a lovely swim in the sea and because it was calm with only the occasional little ripple, I could just drift on the water and relax.

This was definitely the most crazy day of our holiday! We caught the train from Xeraco to Valencia which is a historic port city with beautiful baroque style buildings. It was definitely my kind of place with such stunning old buildings and one day definitely wasn’t enough to fully explore the city. I’ve made a pact with myself to return before I’m 30 so watch this space! 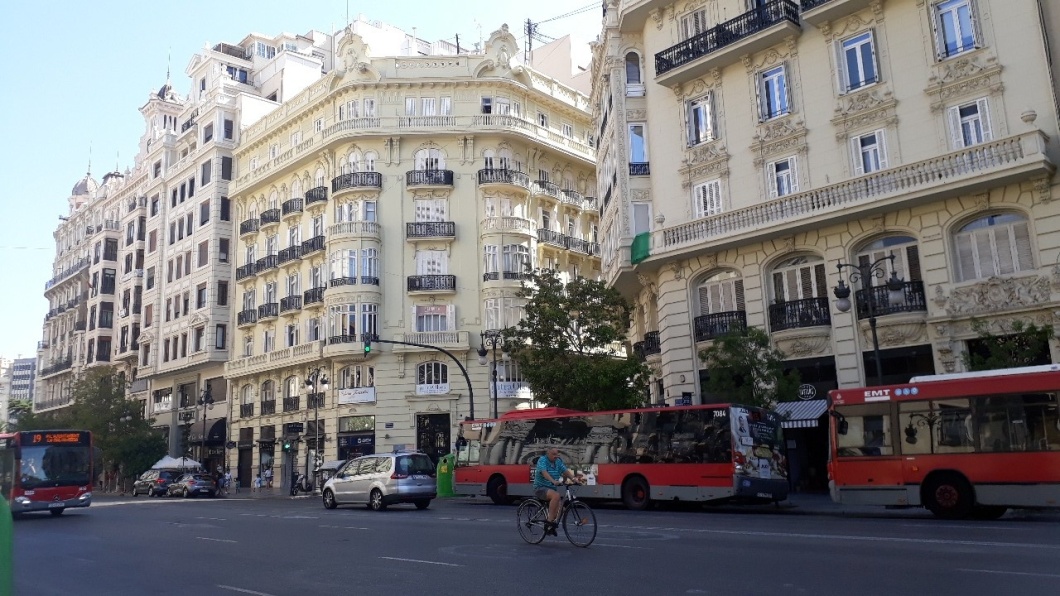 Anyways, we decided to take the two guided bus tours of the city so we could briefly see all the tourist attractions it had to offer and find out some more information on the history of the city. I have to admit though I listened to the audio recording on the bus in French to try and improve my French listening skills so I didn’t really understand all of it. But I loved seeing all the different buildings and attractions and it just reinforced that I needed to return there one day. 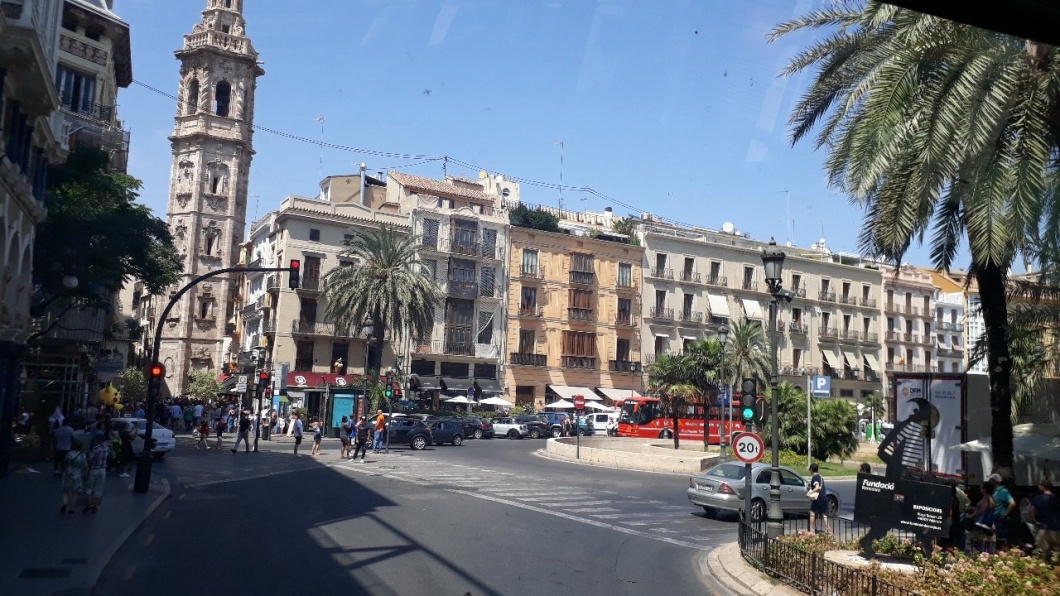 Between the two tours, we enjoyed a lovely lunch of tapas and seafood paella. After the tours, we treated ourselves to an ice cream at Llinares and this time I chose the flavour of Donuts. It was satisfying how well they had conserved the taste of donuts into the ice cream and it tasted so good.

Our last stop in Valencia was the cathedral which was absolutely stunning. It was so detailed and so magnificent but you could only view it from the outside since the inside was shut. It was quite easily one of the most beautiful cathedrals I’ve ever seen and I utterly loved it. 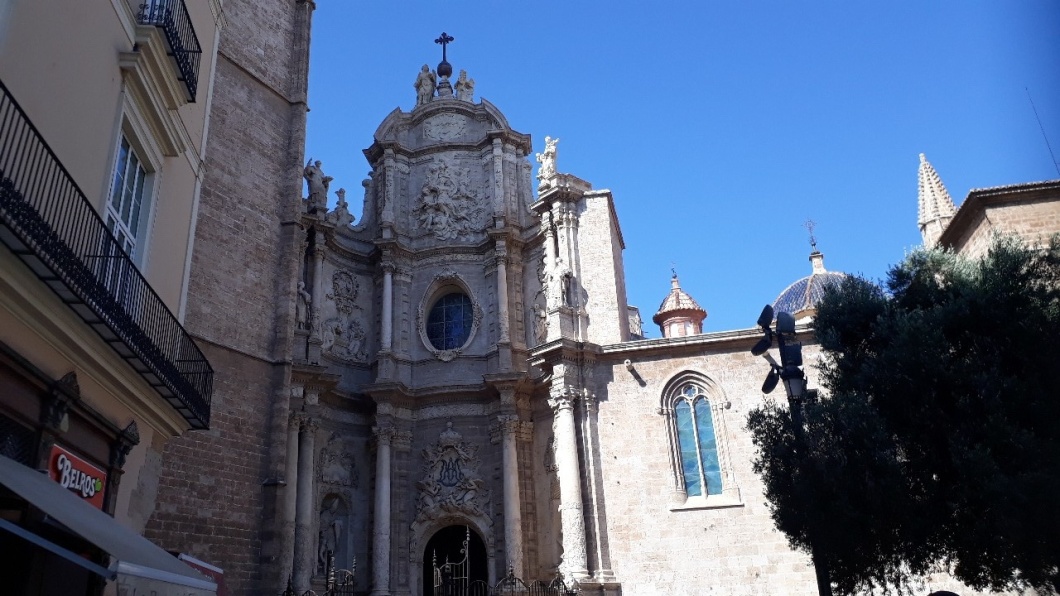 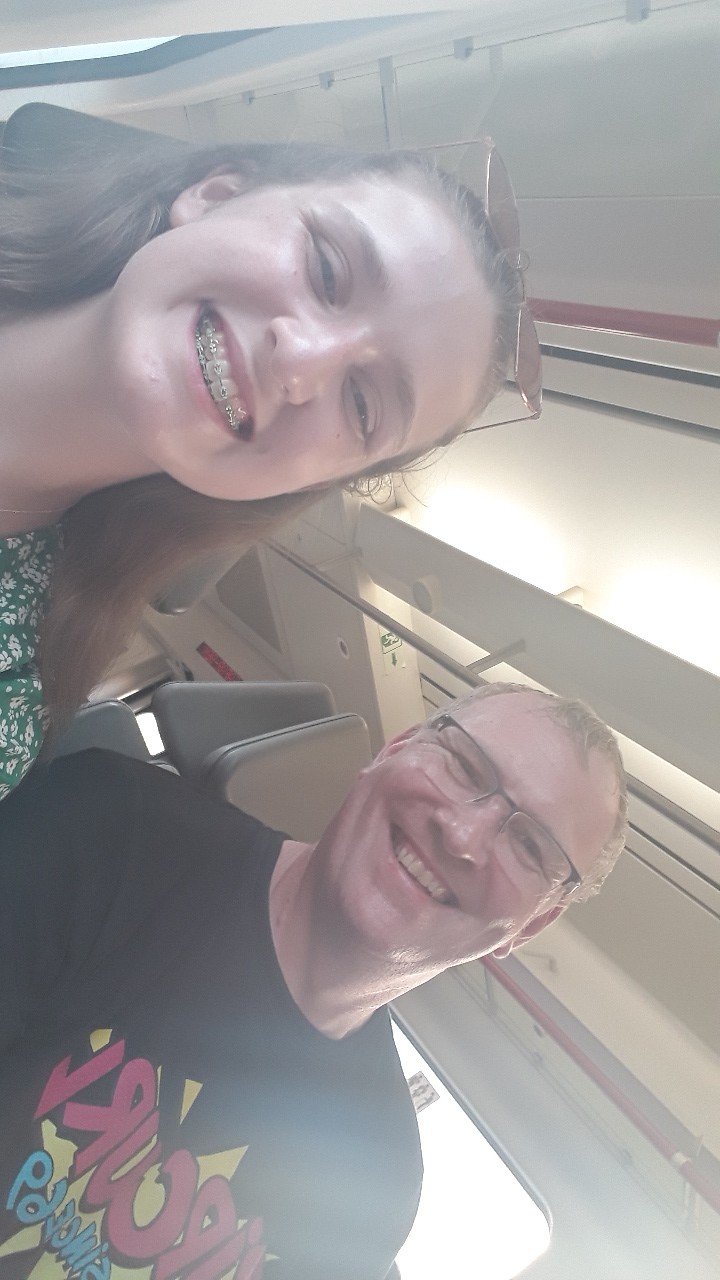 It was our last day in Spain and it was so sad! In the morning, we travelled to Moraira for the market that was there. It was actually really fun to wander through the market and I bought two bracelets for myself from there. I had my fourth ice cream of the holiday from Moraira from tutto frutto and it was oreo flavoured which was really delicious.

Thank you for reading this post! Have you been abroad recently? Let me know in the comments! There’ll be another post out soon but until then bye for now!Amelia Grace a.k.a Amelia in Hull