Hey guys! So last weekend, I had an amazing time wandering around York with my family for the ice trail. The ice trail occurred on 2nd February and it transformed the city into a magical winter wonderland with 50 incredible ice sculptures scattered around the city. There was also live ice carving and it transported people to areas of the city that they might not usually visit. We succeeded in seeing 37 of the ice sculptures and I can honestly say that all of them were amazing in their own unique way. It was definitely ideal weather for the ice trail as it was totally freezing! Still, we all really enjoyed the ice trail and hopefully, this event will happen again next year. So in today’s post, I’m going to be reviewing the ice trail and granting you with my honest opinion of it.

Upon arriving in York via the park and ride bus service, we immediately began searching for the ice sculptures that were dotted around the city. We spent approximately 3 hours overall doing the ice trail although we did take a break for lunch at Pizza Hut and it was nice to enter the warmth of the restaurant and escape the freezing temperatures outside. The trail definitely transported you to areas of the city that you may not normally see and I was thankful to spend the day wandering around the streets of York since it’s another city that I love dearly. We succeeded in seeing all of the following ice sculptures: Griffin, Ice Train, The Heart of Yorkshire, Squirt Surfing The Wave, Jordan’s Pegasus, Wheelbarrow of Flowers, #Bettys100, Your Carriage Awaits, York Pass Challenge, Pillories, H Is For Hungate, Floral Butterfly, Shakespeare, Shuffleboard, Carving Wall, Chocolate Challenge, Wishing You Well, UFO, Cheshire Cat, Unicorn, Dragon’s Head, Mermaid, A Secret Unmasked, Dragon Hatchling, Migo, Doyouthinktheysaurus, Millennium Falcon, Ship’s Wheel, The Judge’s Gavel, Seahorse, Azuma Train, Zeus, Dionysus, Cathay Aircraft, Year Of The Pig and Phoenix (live carving). Some of them were sponspored by York businesses so the sculptures related to that business in some way. The York Pass Challenge, Pillories, Shuffleboard, Carving Wall, Chocolate Challenge and Wishing You Well were all the interactive activities where you could do things like try and carve chocolate bars out of them, insert money into them and place your head and hands like you would in the stocks. 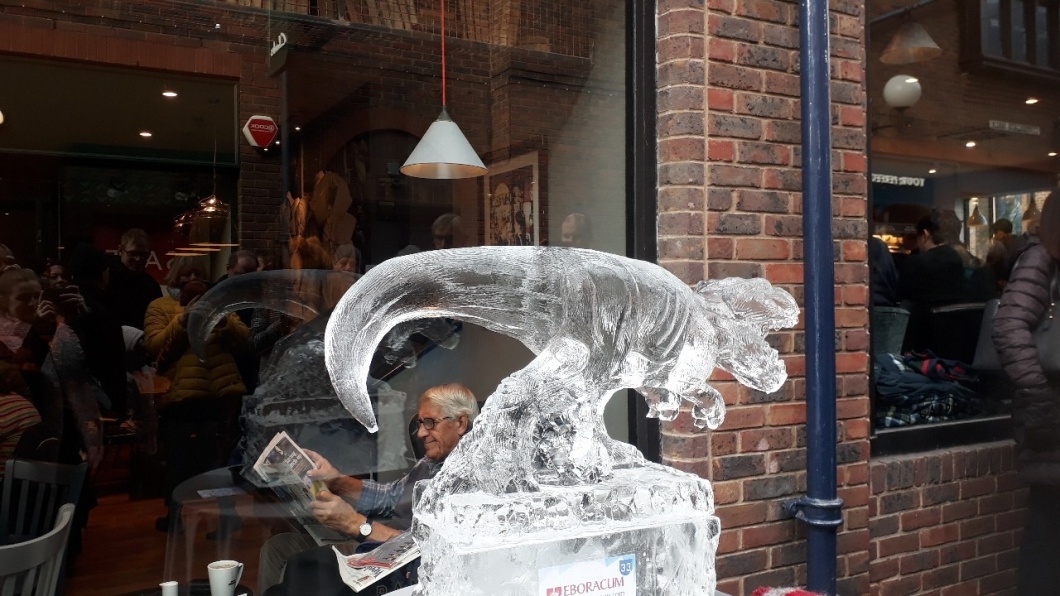 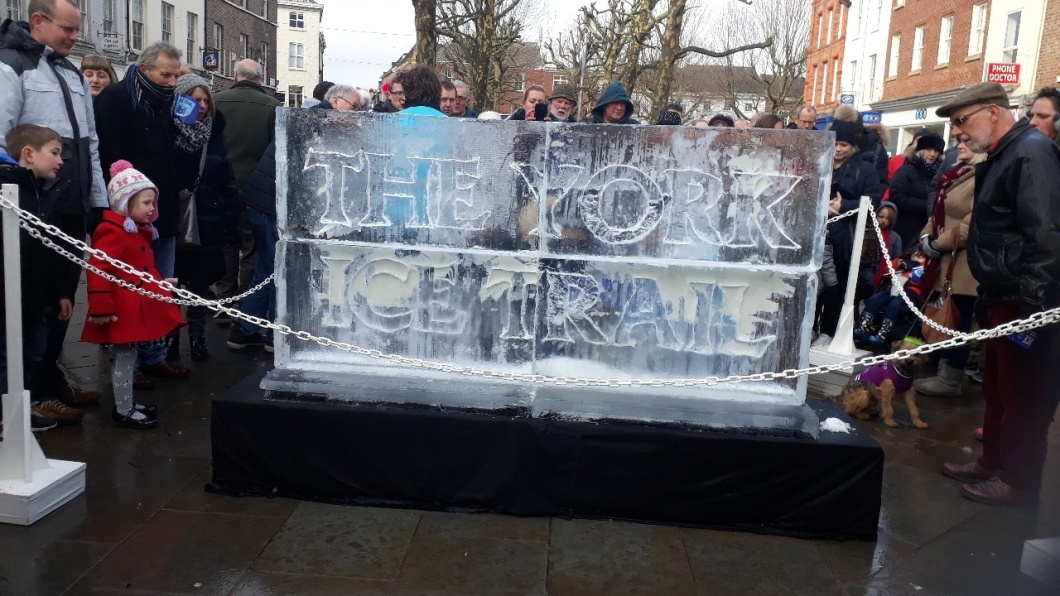 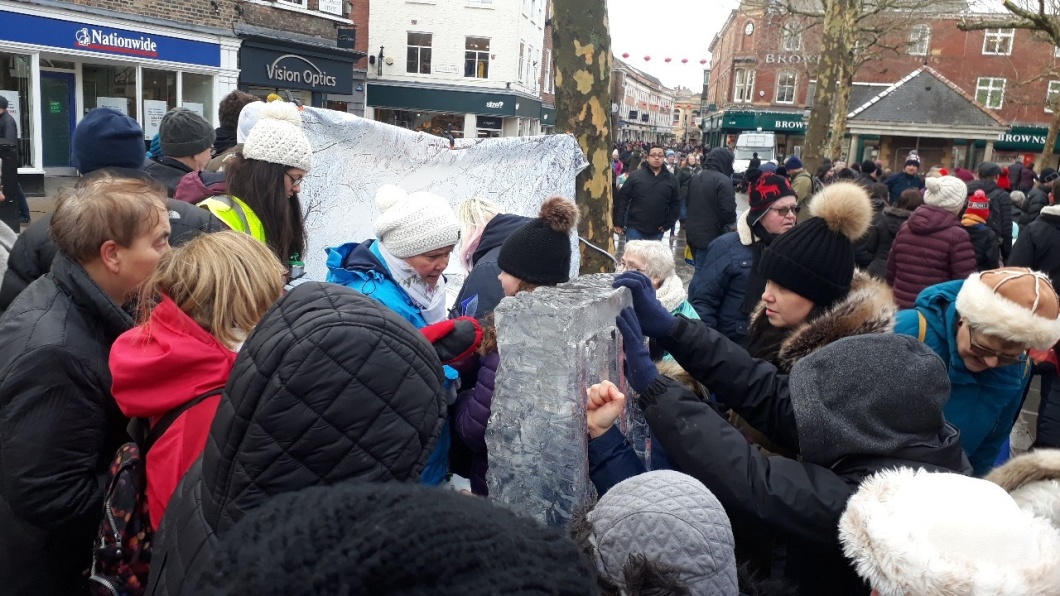 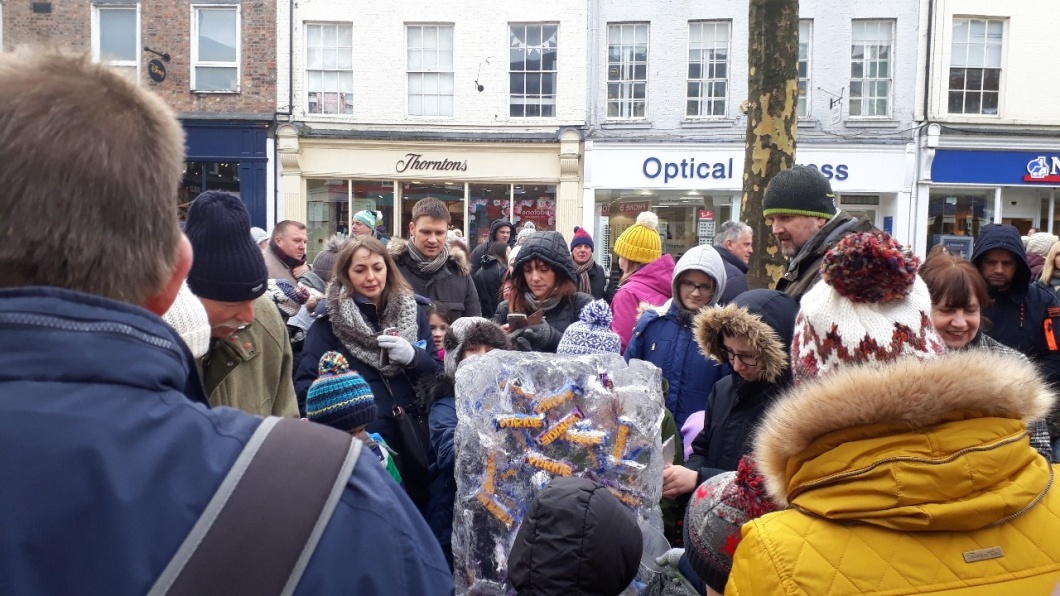 Every single ice sculpture was extremely detailed and precise and I honestly have so much respect for the artists that crafted them. I think that it took them around 13 months to properly create all the sculptures which must’ve taken a crazy amount of patience. But apparently, the ice is actually quite soft to carve and obviously, for a professional ice sculptor, it would just be something that they are used to instead of appearing like an impossible challenge. I decided to touch the last icy work of art we saw which was Squirt Surfing the Wave and I was surprised. It was wet and cold of course but it surprised me just how smooth it was! Overall, I loved all the sculptures but my favourites were Cheshire Cat and Millennium Falcon since I’m a massive fan of Alice in Wonderland and also Star Wars. It was so cool to see such an iconic character and space ship in ice form. 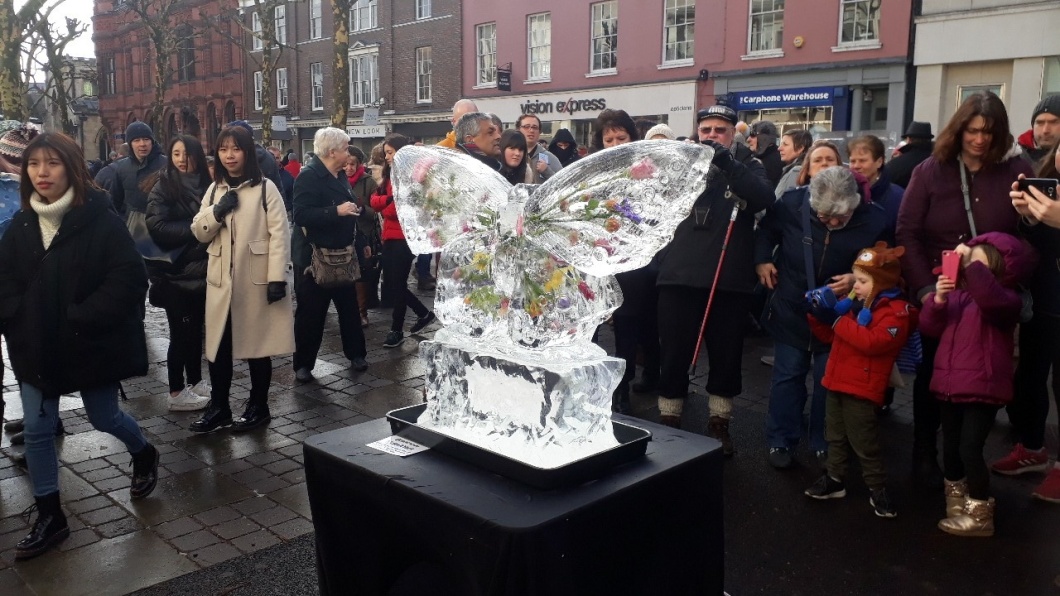 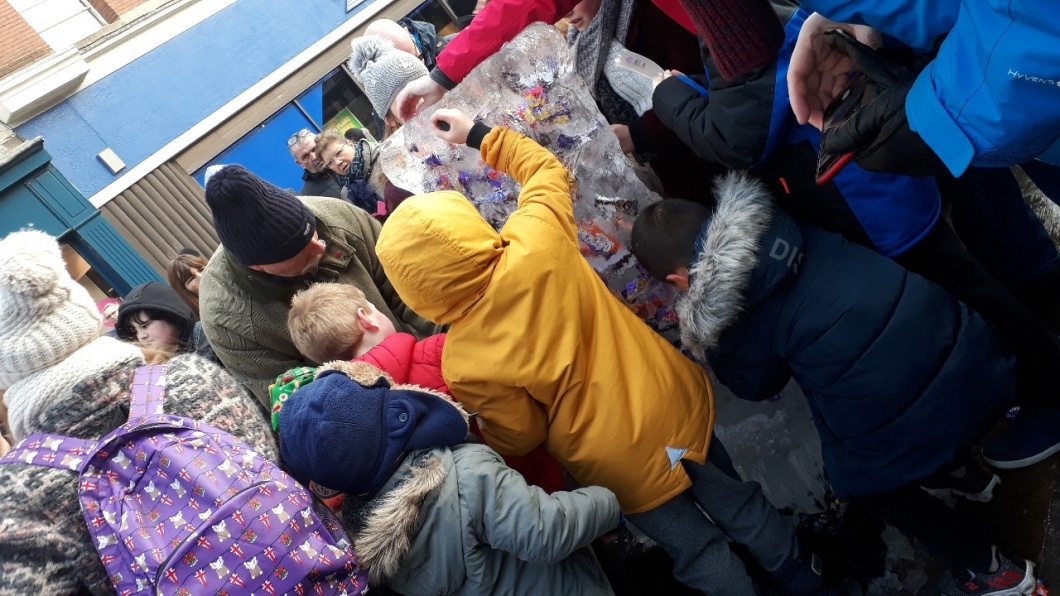 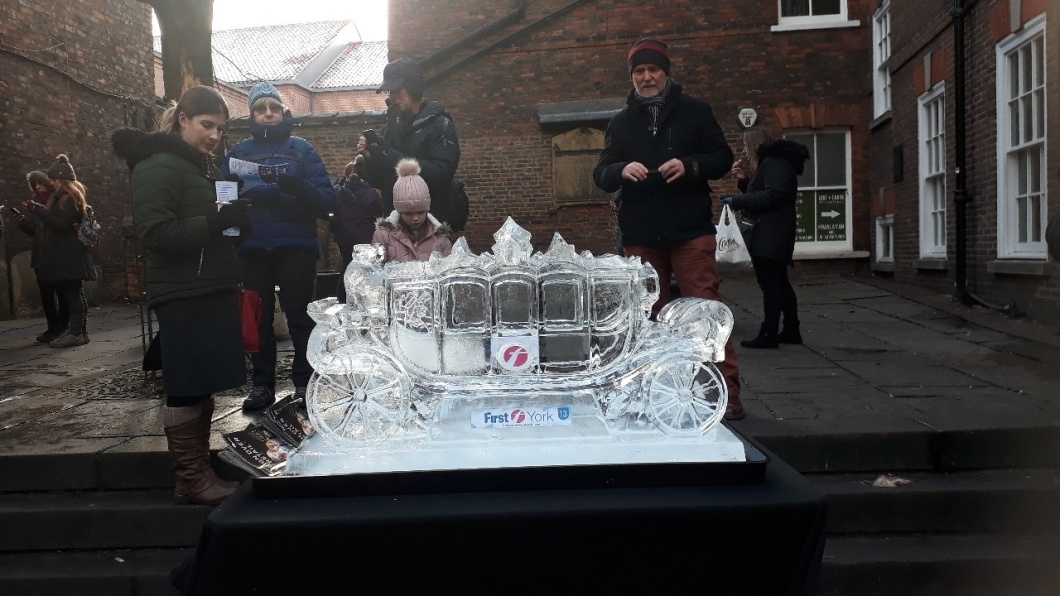 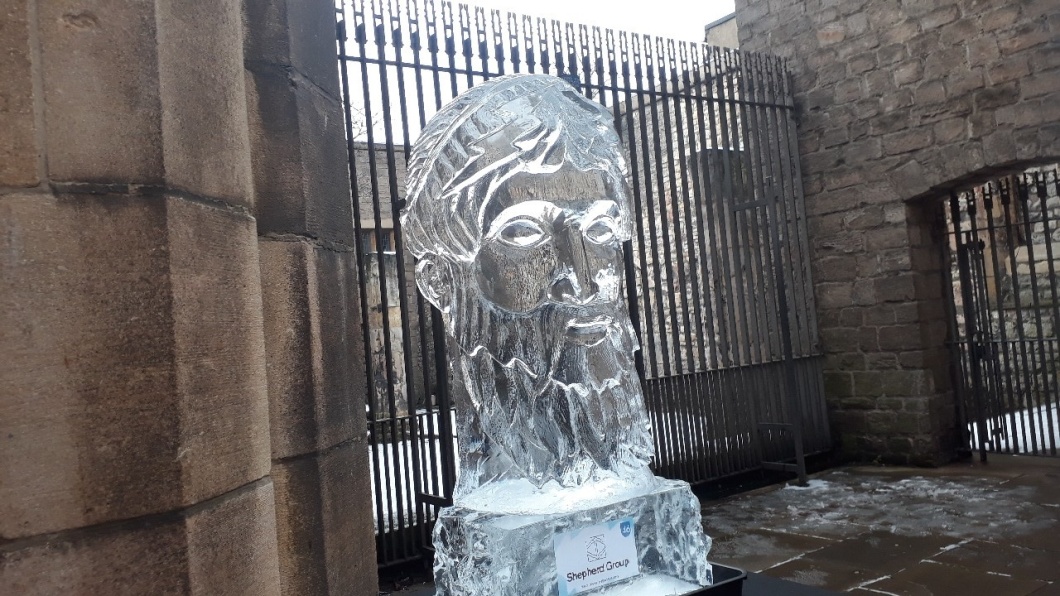 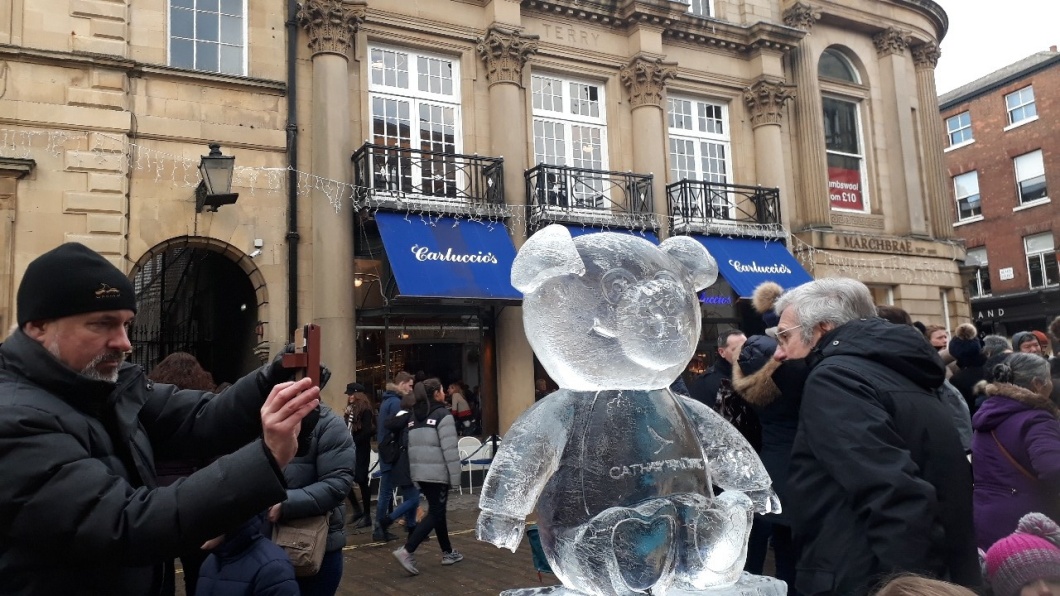 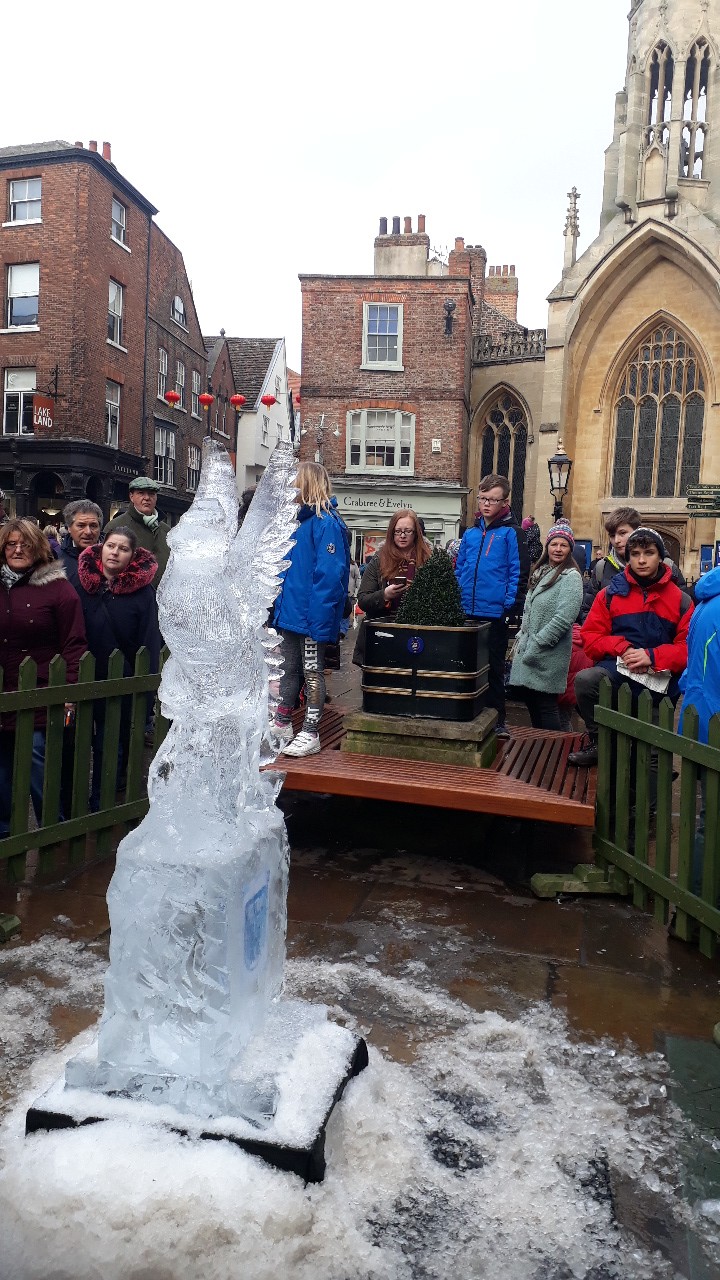 To conclude, I loved the ice trail so much! Yes, it was almost unbearably cold but wandering around one of my new favourite cities to see such incredible ice sculptures more than made up for it. I can’t wait to do it all again next year! 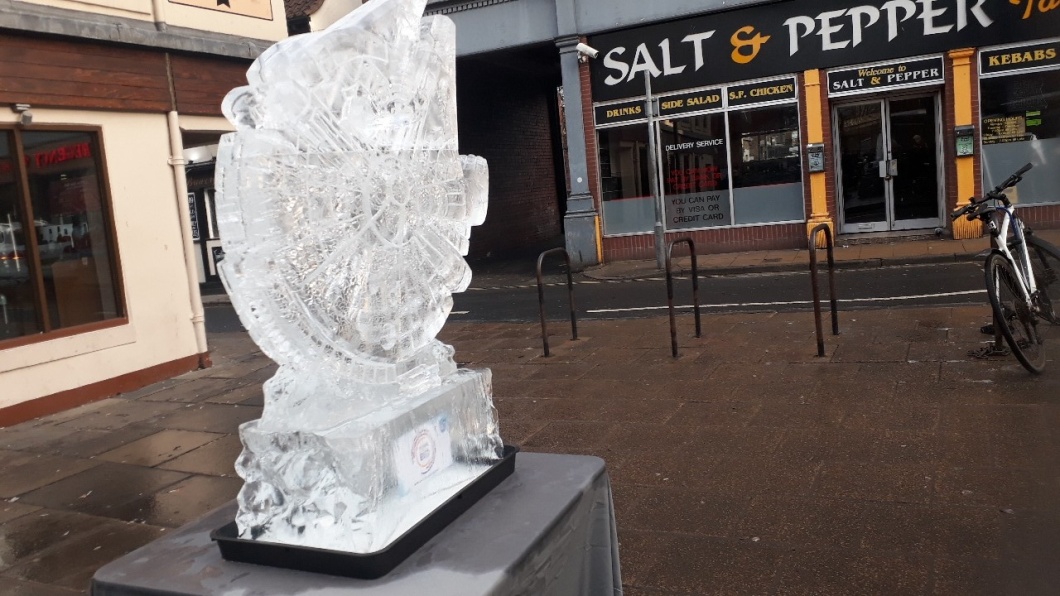 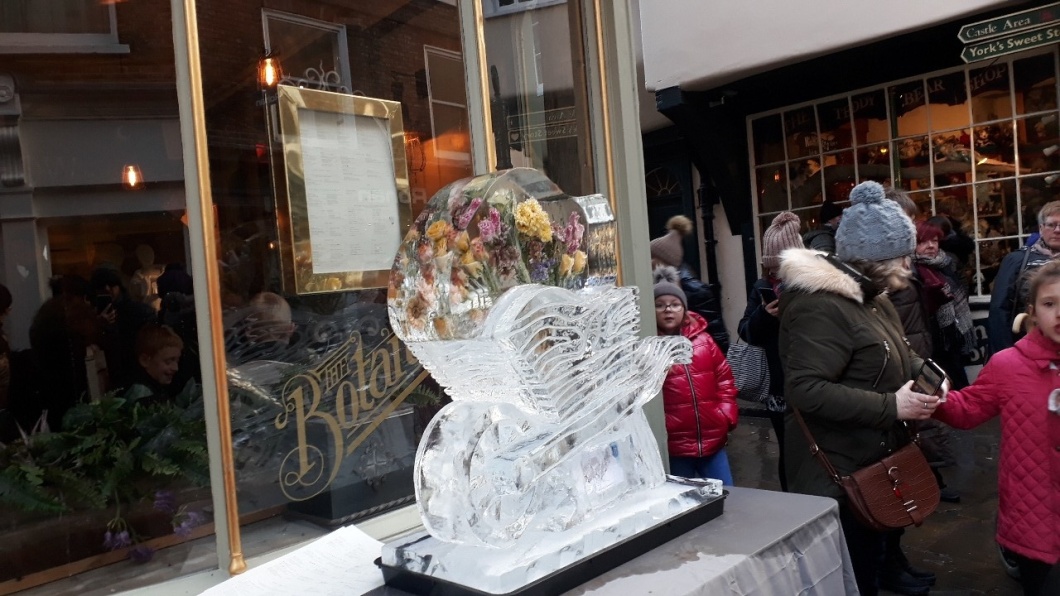 Thank you for reading this post! Have you ever seen ice sculptures? Let me know in the comments! There’ll be another post out soon but until then, bye for now!