Hey guys!! So on Friday night, all 13 of Hull’s Bridges put down their barriers or went up, stopping traffic and spliting the city in half. The idea of the event was to show that it would be impossible to get from the East of the city to the West of the city without the bridges that help to connect it all together. Whilst the bridges were up, 3 vessels travelled along the river Hull and then they returned to where they’d come from. I was lucky enough to get to see two of the bridges open which were Scale Lane Bridge and Drypool Bridge because one of the boats got stuck behind an old, wrecked ship thus throwing them off the time schedule so some of the bridges had to be opened up again to let them through. So in today’s post, I’m going to be going into more detail about the 13 Bridges that link Hull together and the ‘Open Bridges’ event.

Personally, my favourite bridge is Drypool Bridge because I love the pretty circular patterns that cover it that commemorate John Venn who created the Venn diagram and it looks incredible when it goes up.

On 22nd September, me and my family were among the thousands that gathered in Hull to watch one of its bridges go up. The event linked in with freedom through having the freedom to roam across the city taken away from you by having all the bridges barred and then having that freedom granted to you again. At 20:17, all the bridges were cut off either by barriers or by them physically going up and 13 flares, one for each bridge in Hull, were let off to signify that East Hull had been cut off from West Hull. I witnessed Scale Lane Bridge open at this time and it was amazing to see the bridge I’d walked across so many times, disconnect itself from the right hand side footpath and sweep across the river Hull so it was at a 90° angle from where it normally is when it is down. The red lights that lit it up that night cast a gorgeous reflection into the river below and I marvelled at the great spectacle of the bridge opening that I’d just experienced. About 20 minutes after this, Drypool Bridge opened for a second time to allow one of the vessels through, which has been held up behind the others. I was extremely excited to see Drypool Bridge lift since that is my favourite bridge in Hull and it certainly didn’t disappoint. Once clear of pedestrians and traffic, Drypool Bridge split off from the road to the right hand side of it and it rose all the way up until it was parallel with the towers at either side of it which helped it being more secure. When the boat had drifted on up the river past the bridge, it descended back down and connected back onto the road. ‘Open Bridges’ was such an incredible event and I’d like to thank Richard and Lou Duffy Howard for coming up with the idea for it. 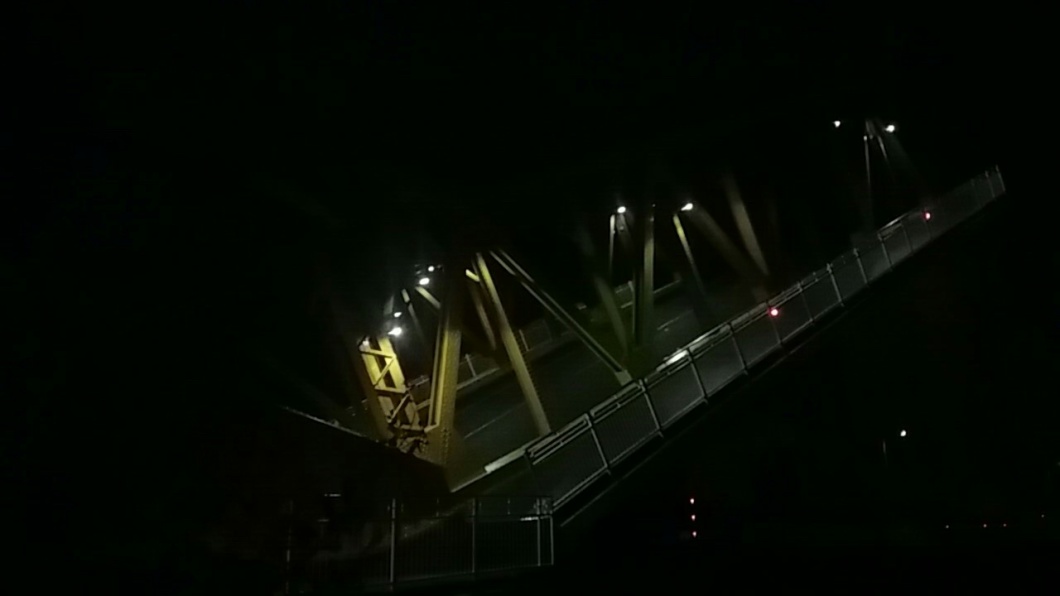 Thank you for reading this post!! Do you have any bridges near where you live? Let me know in the comments!! There’ll be another post out soon but until then bye for now!!