Hey guys!! This week has been the first week of the summer holidays for me so on Thursday, my granny and cousin came to visit us and we went to Honeysuckle farm for the day. Honeysuckle Farm is located near Hornsea which is on the coastline nearest to Hull and is home to lots of different animals such as cows, sheep, goats, horses and donkeys as well as outdoor and indoor play areas for children. We all had a really fun day there and enjoyed seeing all the animals as well as catching up with each other!! In today’s post, I’m going to be describing more of what my day was like at Honeysuckle Farm and giving you my honest opinion of it.

Once we’d arrived at Honeysuckle Farm and eaten our lunch, we decided to walk around the farm and see all the animals before me and my sister played with our cousin (who’s only 4) in the play areas. The farm consists of all the animals you’d find on a farm plus a butterfly house and a pond with fish, ducks and swans. There are also two lovely outdoor play areas, one of which is located in the woodland area of the farm and the other which is made up of lots of slides and tunnels going through and coming off grassy hills. There is also an indoor barn play area with lots of hay bales for children to jump on and a great picnic area and cafe!!

The first animals we came to were the goats and they were all competing for the animal food we’d bought on the way in. We managed to feed a majority of them simply by putting the food on our hand and holding it out flat for them to gobble up and once we’d done that we walked on a little further. The next animals we came to were the sheep and a majority of them were laid out flat on the floor relaxing with a small minority eating the grass in their pen. However, when we walked past a couple got up and walked towards us almost expecting us to feed them so we did and then we walked on further round. We saw the donkeys next and I actually love donkeys now after this particular visit to Honeysuckle Farm!! There were 2 donkeys in the enclosure and they were so placid and calm to the point where I got to stroke them on the nose and feed both of them!! After I was done fussing over how sweet the donkeys actually were, we carried on walking round. 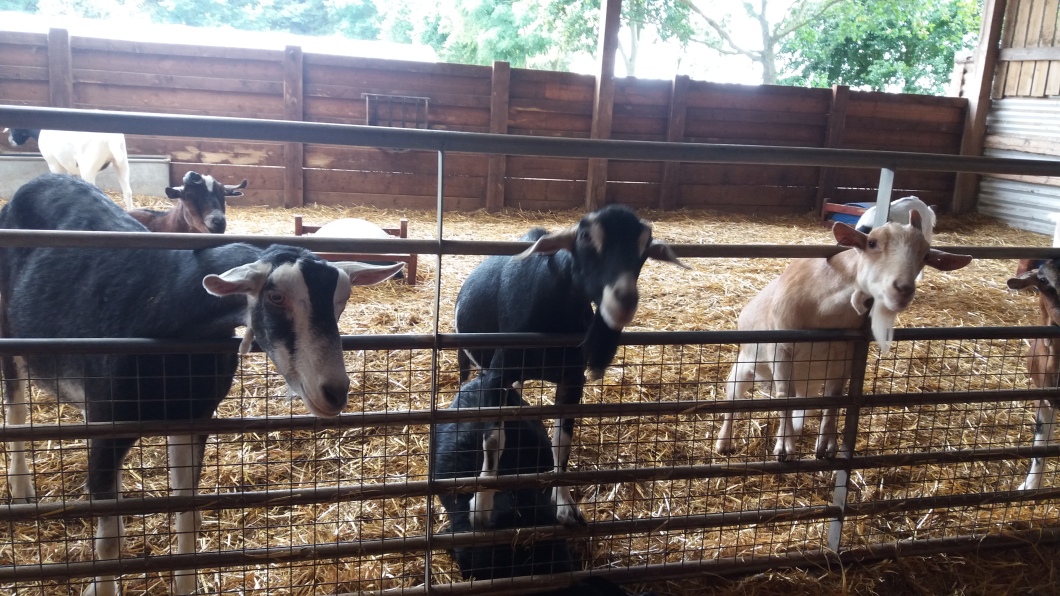 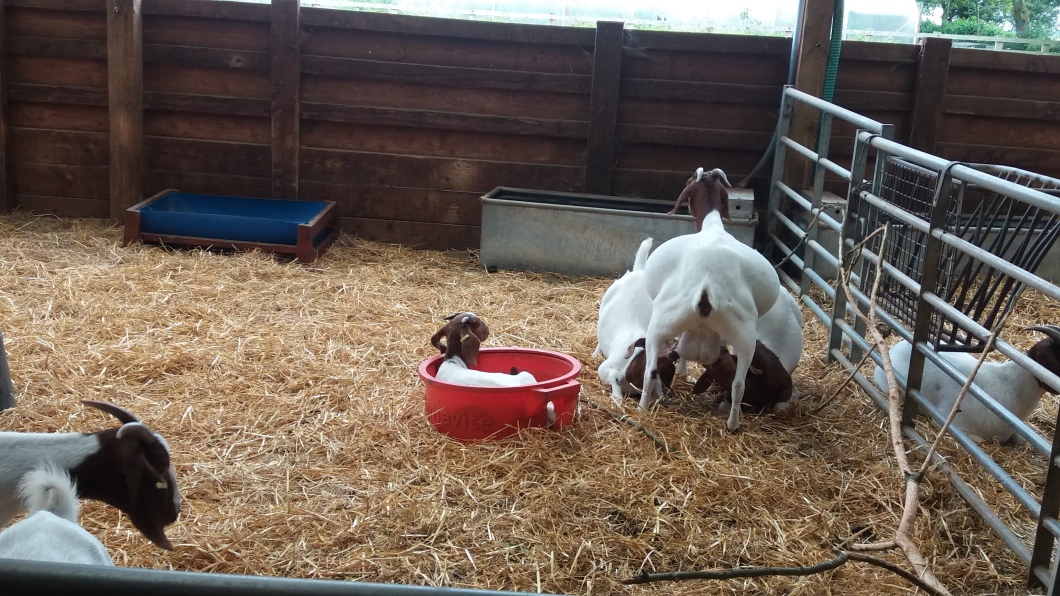 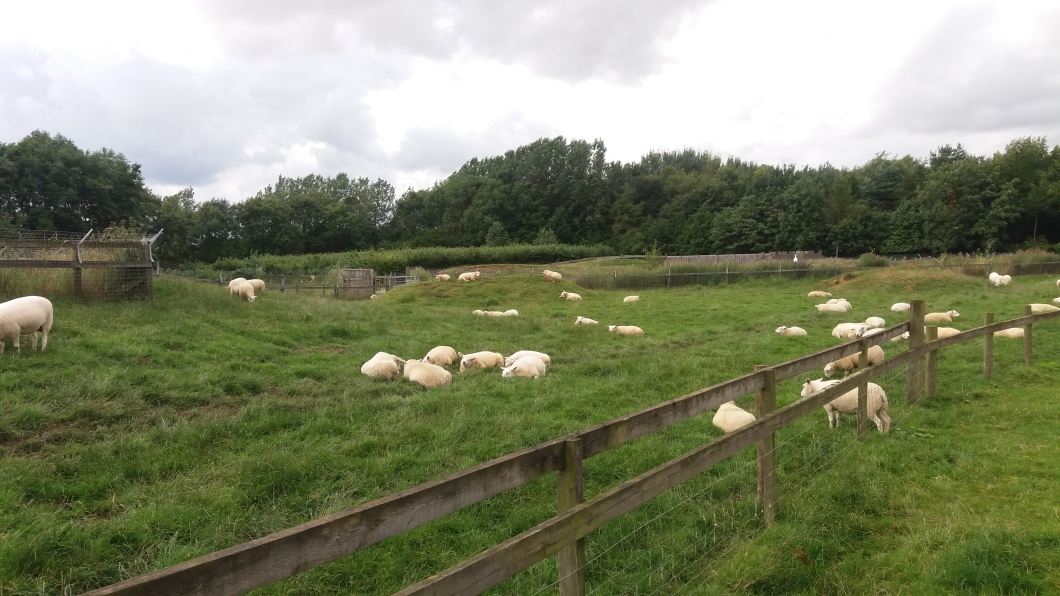 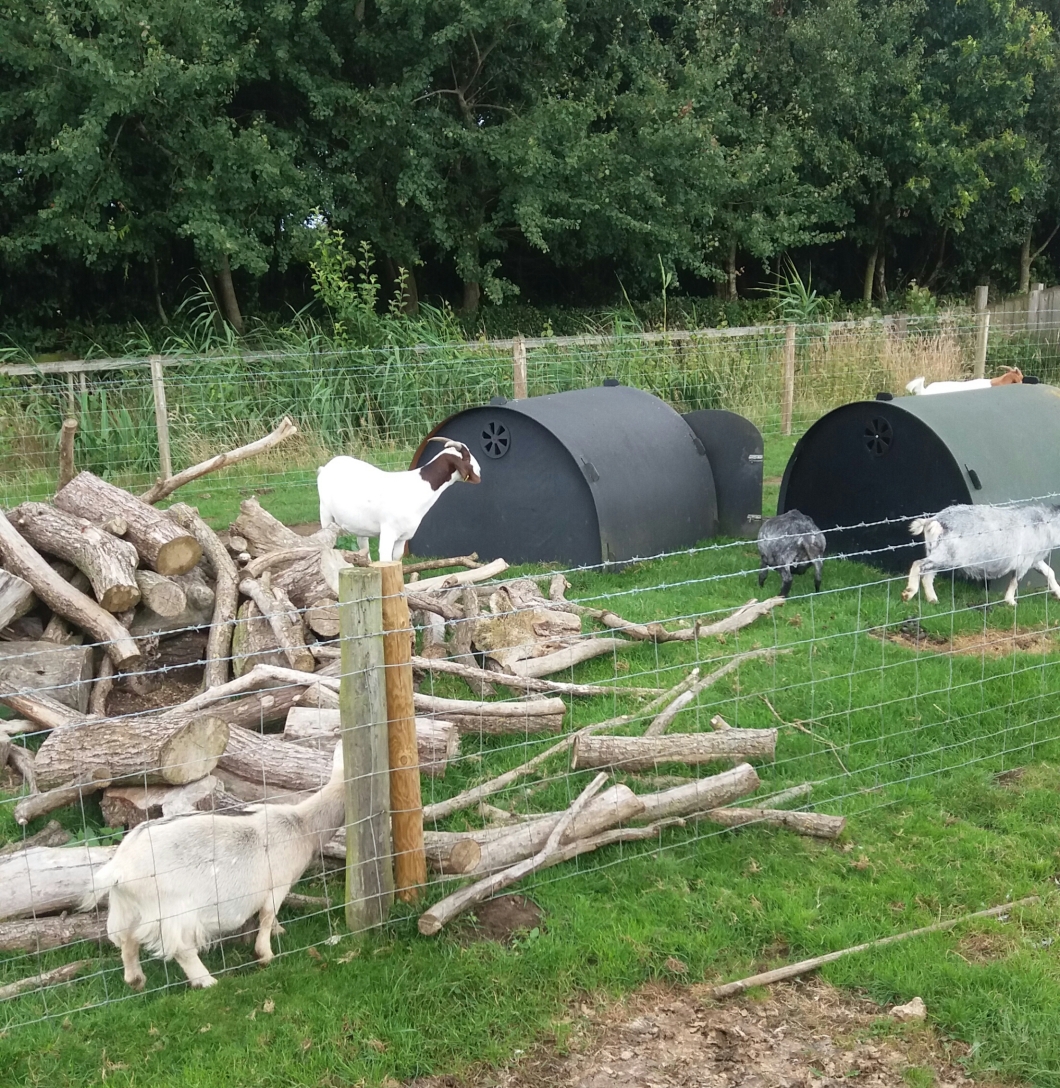 Next we came to some ponds with fish, ducks and swans all living in them. There were some baby swans swimming about with their mother and they were so fluffy and cute!! We walked on a little further and had the option of going to see more of the sheep in their field or go into the woods to play in the play area. Since it was raining, we departed off into the woods hoping for some shelter from the rain and me and my sister played with our cousin on the play equipment while my mum and granny watched us. Once we’d finished playing, we walked on through the woods and came out to the hill play area. Since it was still raining, we decided to look inside the butterfly house and it was extremely humid in there. Beautiful butterflies fluttered all around showing off their dainty wings and flying from plant to plant. It was fascinating to see how unique and individual each little butterfly’s wings were and I was mesmerized at their beauty and delicateness. We walked back through to the hay bale play area where we’d originally started and my sister and I chased our cousin around on the hay bales and played tig with her. When it had stopped raining, we decided to go on the horse and cart ride which took us all around the farm. There were two running in the day, one at 12:30 and one at 2:30 which was the one we went on. We all really enjoyed it although it was a little bumpy so I held my cousins hand to steady her. Finally we went to the cafe and got an ice cream which was actually home made by the farm using their cows milk!! I got a honeycomb and toffee ice cream and I think its safe to say that that was the perfect way to end a perfect day!! 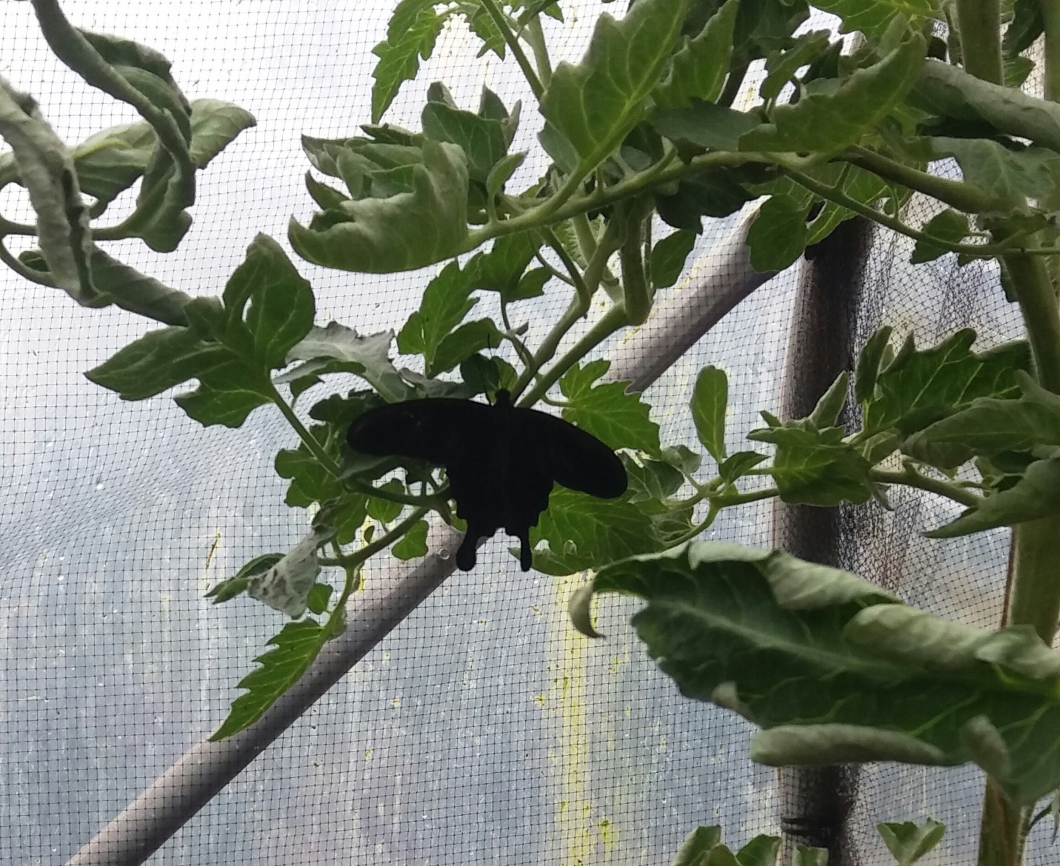 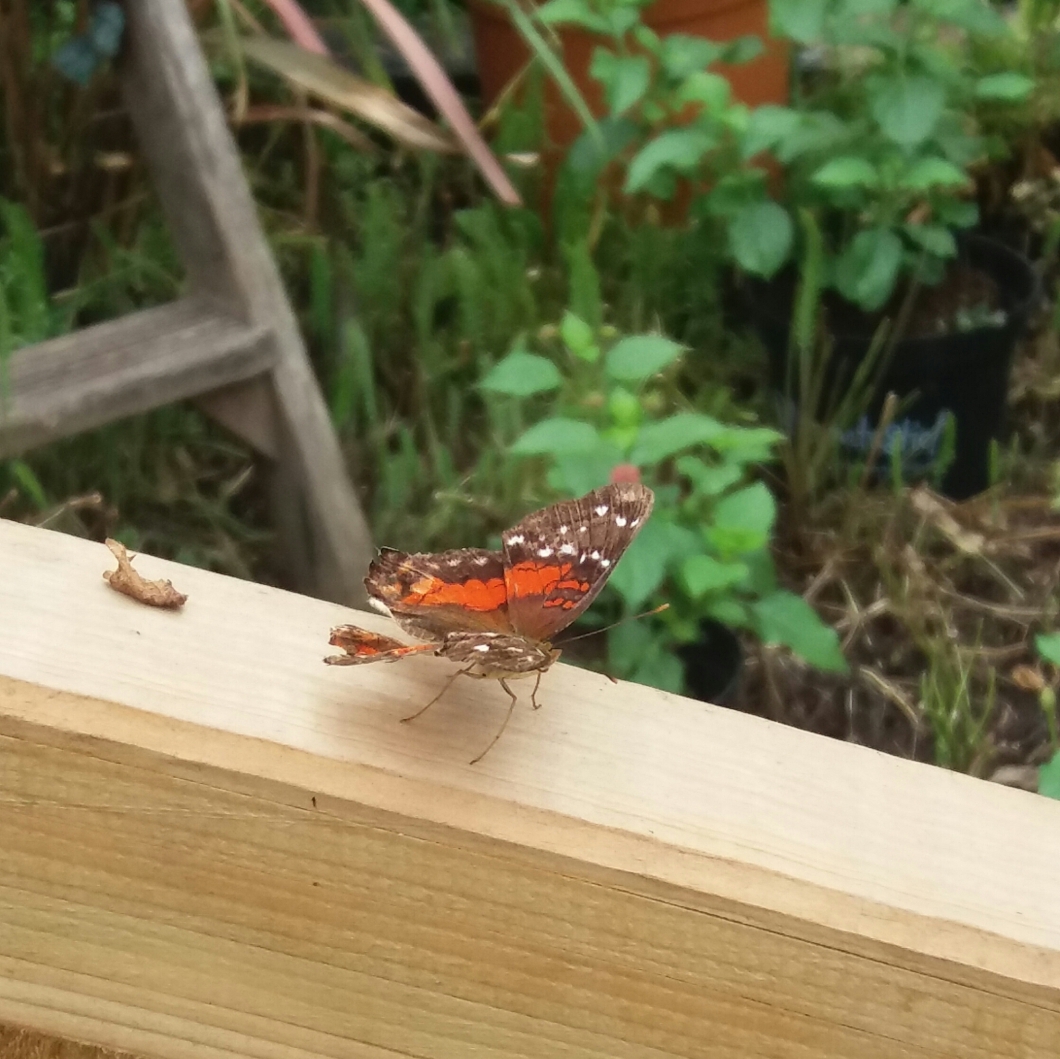 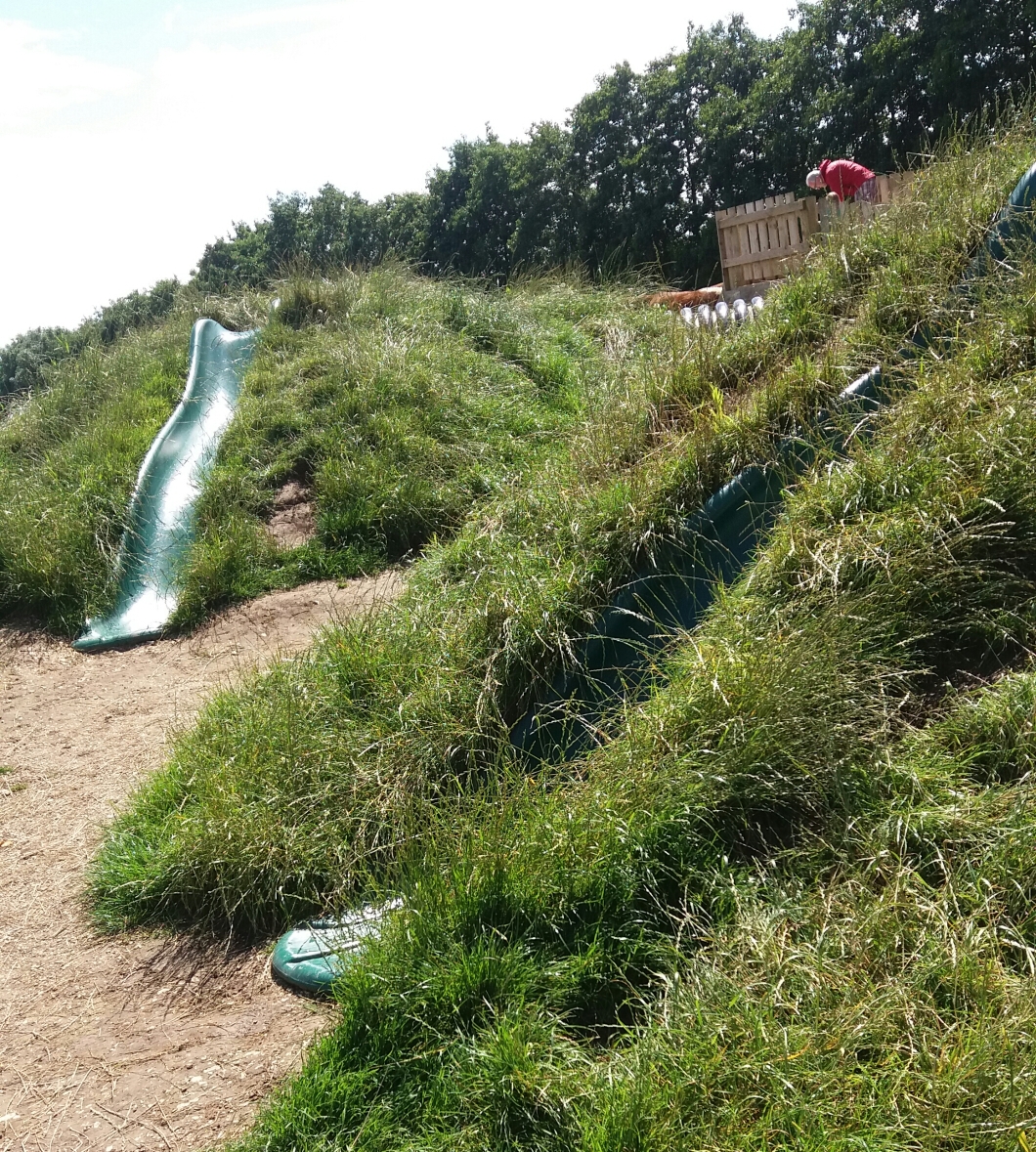 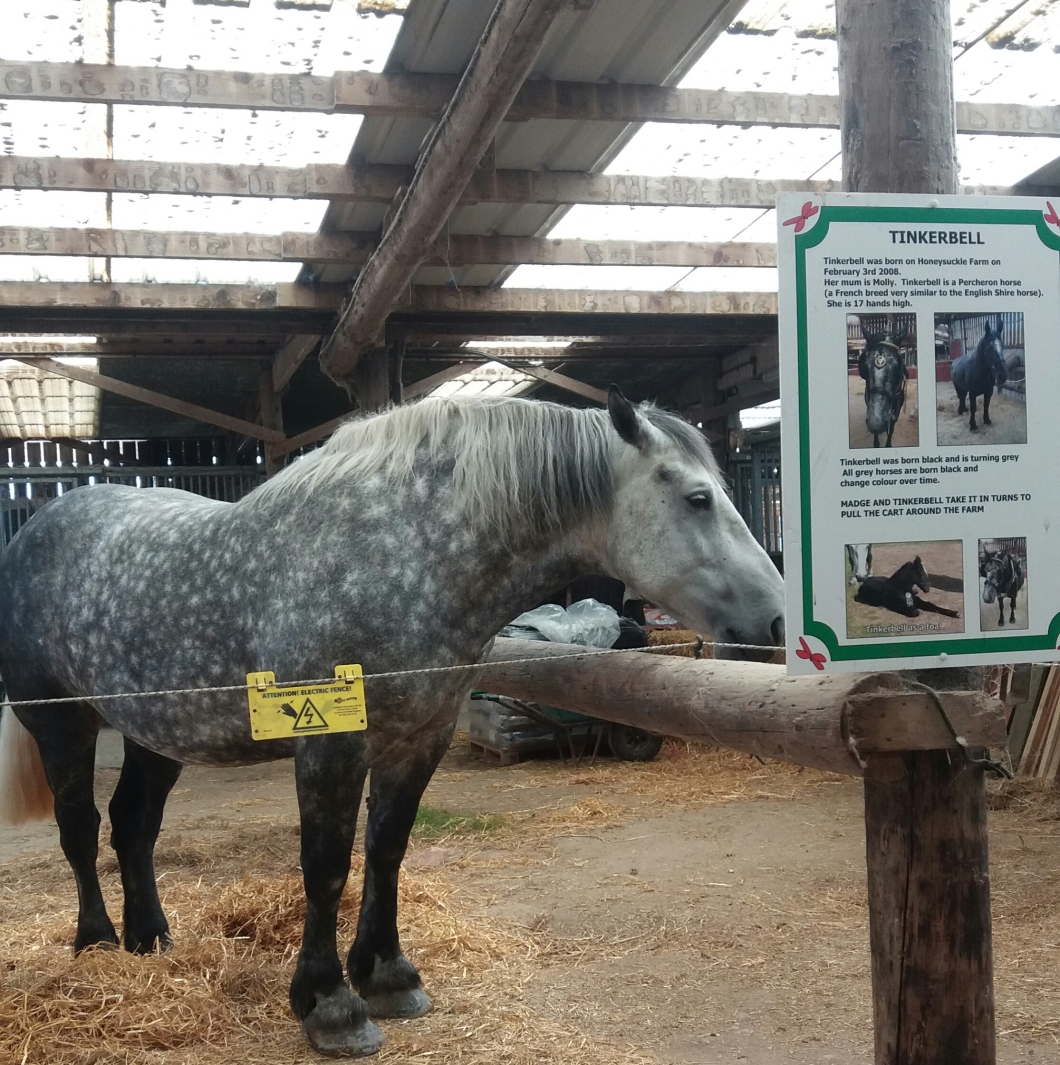 I would rate Honeysuckle Farm 5 out of 5 stars because it’s a great day out for the whole family and they have a wide range of animals you’d expect to find on a farm!! I had a really enjoyable day out there and I can’t wait to go back again!!

Thank you for reading this blog post!! What’s your favourite farm animal? Let me know in the comments!! There’ll be another post out soon but until then bye for now!!

Amelia Grace a.k.a Amelia In Hull