Radio One Big Weekend at Burton Constable Hall and 100 followers!!

Hey guys!! Before I tell you about the event I went to on Saturday, I just want to say a massive thank you for 100+ followers!! Your support means the absolute world to me and I can’t express how grateful I am for each and every one of you so thank you all so much!!

On Saturday, me and my dad went to radio 1 big weekend which this year was at Burton Constable Hall ,which is quite near to Hull, since Hull is City of Culture this year. There were 4 different stages at Radio 1 big weekend: the ‘dance stage’ which all of the DJs performed on, the ‘where it begins’ stage on which up and coming acts sang, the ‘BBC introducing’ stage which housed acts who aren’t really famous yet but are still really talented and deserve to have their big break and the ‘main’ stage on which all the really famous and popular pop stars preformed on. I got to see a variety of different acts yesterday and I honestly enjoyed every minute of my time at radio 1 big weekend. Today’s blog post is going to be all about radio 1 big weekend and me giving my honest opinion on it. 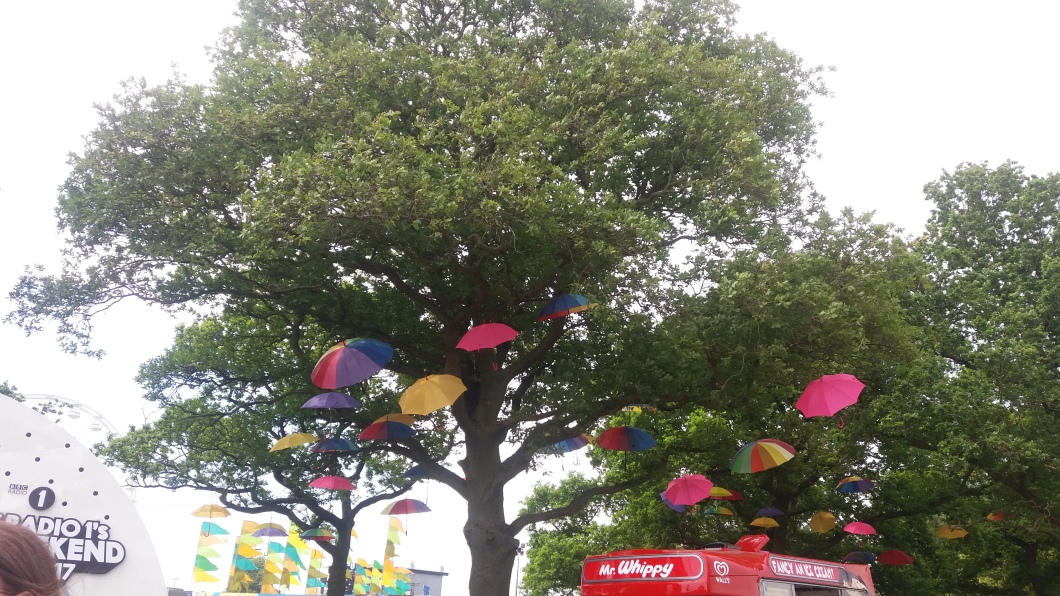 To get to radio 1 big weekend, we had to drive down to Leconfield and then get a bus down to Burton Constable. There were also buses running from Hull and Beverley but we thought it might not be as busy to go to Leconfield and it wasn’t really. Unfortunately, when we actually got to radio 1 big weekend, we’d missed Zara Larsson which I was a bit disappointed about since she’s one of my favourite artists and I love her music but there was nothing we could do about it. The first artist I got to see was James Arthur (another one of my favourite artists) who was performing on the main stage and it was just so surreal that he was up on that stage performing in front of me that I got tears in my eyes when he first started to sing. He started off with his song ‘I am’, sang a couple of his other songs and then he finished with ‘Say you won’t let go’ and I thought his performance was amazing. 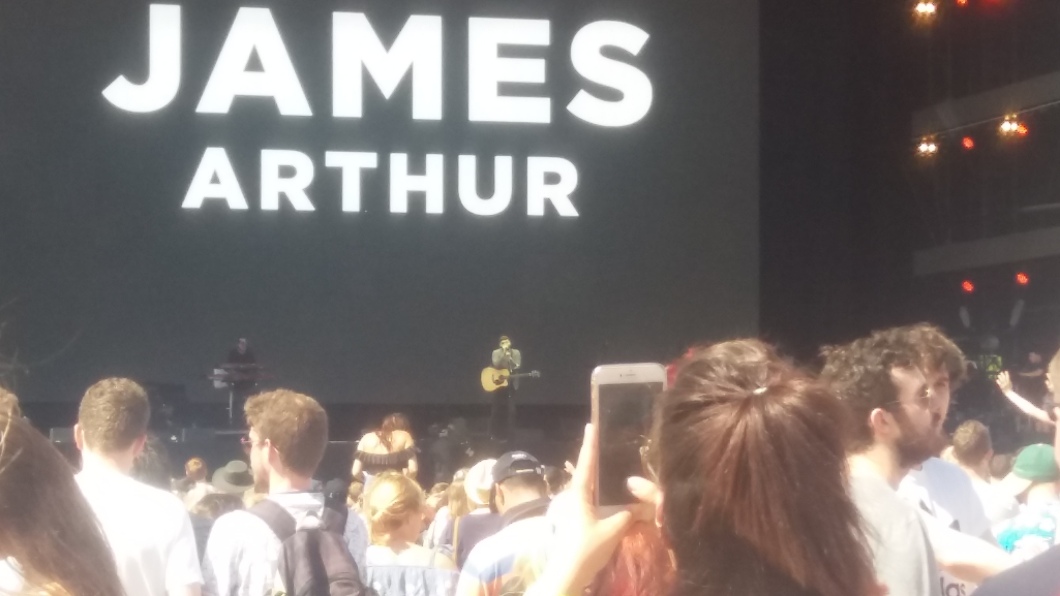 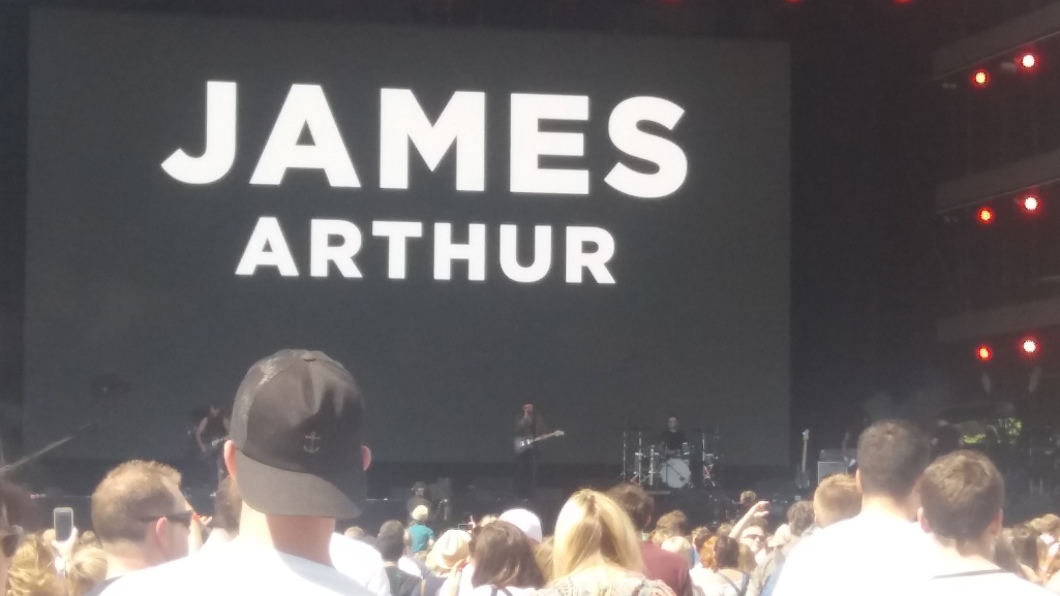 We then went over to the ‘BBC introducing’ stage to see who was performing there and we got to see ‘the modern strangers’. I really enjoyed their performance as the style of music they performed was quite different and unique and their songs were really catchy. I would quite like to see them perform again as I thought their performance was really good.

After we’d seen the ‘modern strangers’, we headed back over to the main stage and watched the second half of Imagine Dragon’s performance and that was really good. They sang one of my favourite songs which is ‘radioactive’ and I enjoyed seeing the second half of their performance. We waited around the main stage area after that because Lorde was the next act to go on and I desperately wanted to see her. She came on about 15 minutes later and performed a variety of different songs including ‘Royals’, ‘Green Light’ and ‘Liability’ which she dedicated to all the people who lost their lives in the Manchester attack. I loved her performance and I love that she doesn’t go along with what people expect female artists to look like and she does what she wants to do and just be’s herself up on that stage.

Again we stayed around the main stage area so we could see Kasbian. They did a really good set and for the first time ever listening to their music, I really enjoyed it and spent most of the time dancing about to it and jumping around. 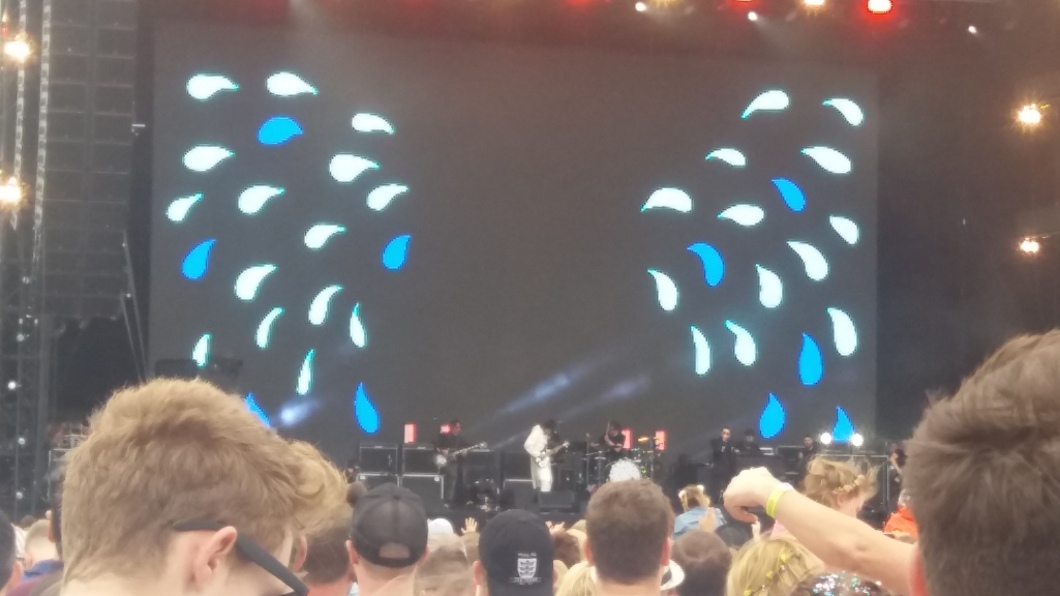 The final act we watched on the main stage was emeli sande and her performance was incredible. She sang loads of different songs of hers and at the end she sang ‘read all about it’ as a tribute to Manchester which was an amazing way to end her set. I loved her performance and I thought she performed really well.

After that, we headed over back over to the ‘BBC introducing’ stage and watched ‘krrum’ perform. They did a really good set and I really liked the unique style of music they brought through in their songs. They played an electronic drum and an electronic guitar and this brought a really unique vibe to their performance. 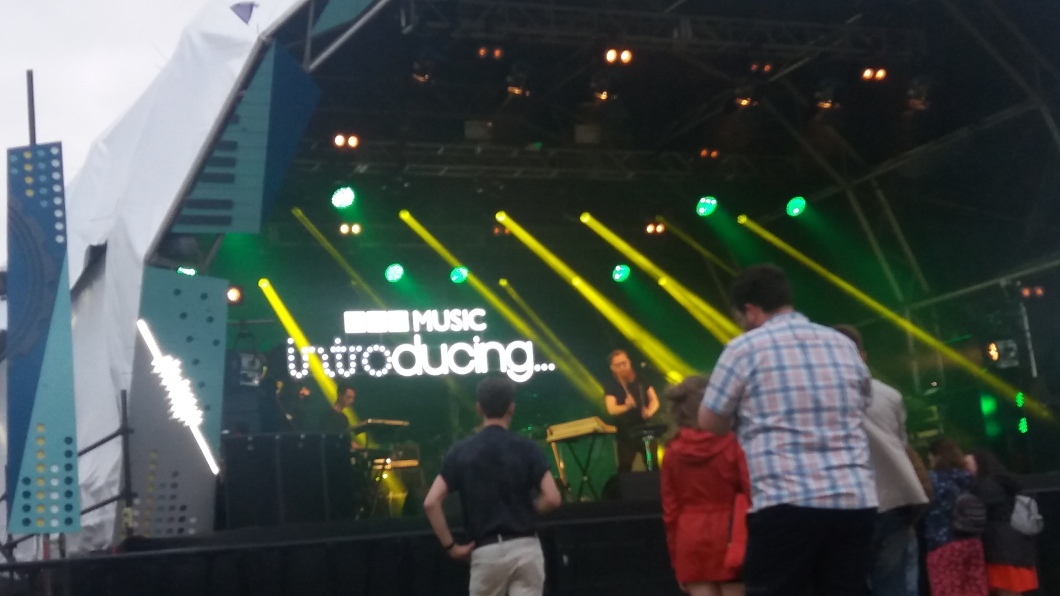 The final act we got to see was the first part of plan B on the ‘where it begins stage’. I really enjoyed it and thought he had a real presence on the stage but at this point it was about 8:45 in the evening and my legs and back were killing me so we decided to go and get the bus back to our car and go home.

I would rate this event 10 out of 10 stars because I really enjoyed it overall and it was incredible to see such a variety of acts all in the same day. I’m really grateful that I got to experience all of this because it was amazing and something I’ll never forget.

Thank you for reading this blog post!! Who’s your favourite artist? Let me know in the comments!! There will be another blog post out next week but until then bye for now!!